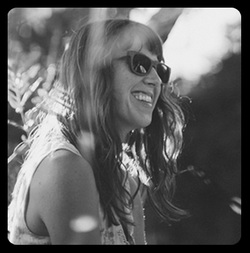 Dana Richardson
Co-Director and Co-Producer, Director of Photography, Cinematographer, Editor
Dana Richardson graduated in 2008 from the School of the Art Institute of Chicago. While receiving her BFA degree in Film and Video, Dana studied abroad at the University of Barcelona in Spain and the Academy of Fine Arts in Prague, Czech Republic. In 2008, Dana Co-founded Dana & Sarah Films, a documentary film production company, through which she continues to travel and document artists, communities, and projects worldwide! Dana is an award winning filmmaker and has dedicated her life to sharing knowledge, stories and ideas through art and film. Back to Eden Film is Dana’s first documentary feature. 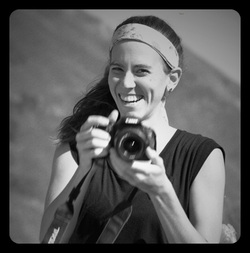 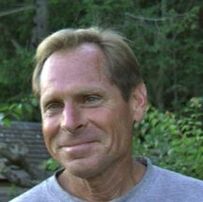 Paul Gautschi
Back to Eden Gardener
Paul Gautschi has been a gardener for over 55 years and is known locally as a master arborist. In 1979 Paul and his family moved to the Northern Peninsula of Washington from California. As a father to 7 children, he has raised food for his family and friends – never to sell. Paul has given lively tours of his orchards and gardens to international groups from 1 to 450 who have also enjoyed the fruits of his labor. Paul’s generosity, passion and enthusiastic outlook has changed the lives of people in the local region and travelers from afar. If you would like to schedule a tour of Paul's home garden, please contact Paul. 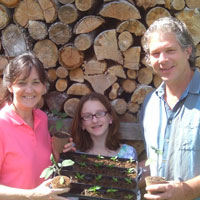 Mark, Diane and Hannah McOmber
Back to Eden Gardeners
The McOmber family installed a "demonstration garden” in Pennsylvania for the film Back to Eden.  The goal of their demonstration garden is to demonstrate the benefits of a “covering” regardless of location, soil conditions and climate. Mark, Diane and Hannah implemented Paul Gautschi’s year round wood chip mulching method in the Fall of 2010 and planted in the Spring of 2011. Mark McOmber gives demonstrative and instruction tours of his two Back to Eden Organic Gardens in Gettysburg, PA. Click here to contact Mark McOmber. 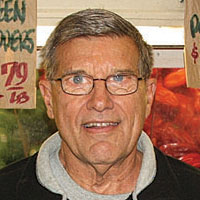 Dr. Don Wilkins
Professor of Ecology
Don Wilkin has spent over forty years as an ecologist, specializing in human ecology. Most of his research, as a university professor, has been directed toward sustainability - how sustainable or unsustainable we are, and what will be required to make us so. Since his retirement in 1999, he has spent his time fostering community awareness of the environment, much of it focusing on the role of healthy plant-based diets in promoting both human and environmental health. While he has written reams of articles and letters to the editor since retiring, he is proudest of a newspaper article he wrote called "Get your kids to eat healthy food: no superhuman powers required." Don and his wife Julie live in Sequim, Washington, very near Paul Gautschi's place. Don has hauled numerous groups up there for Paul's tours. 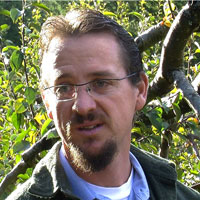 Ji Douglas
Horticulturalist
Ji Douglas has 20 years experience as a professional horticulturalist. He is currently a Nursery Manager in Washington state, specializing in landscape design and installation. He began using mulch in landscapes for drought tolerance in a California native plant nursery. He was amazed by the results after seeing the moisture holding capacity and growth attributable to having a layer of mulch. 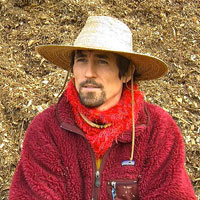 Justin Ridle
Big Barn Farm
Justin Ridle describes his families ten-acre farm in Washington as a “productive commercial poly-culture food forest.” Prior to moving onto the farm, he worked on product development for an organic food company which he left to reconnect to the land. After studying permaculture, he was motivated to create a “closed system” that maintains maximum productivity and sustainability. Today, he not only implements wood chips as a covering but also uses alternative and unique mulching methods. He is currently experimenting with growing comfrey and other plants to help produce onsite biomass for mulch. Justin is passionate about growing “food for the masses that is grown in the right way.” 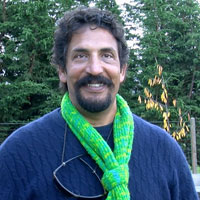 Raul D. Marmol
Gardener
Raul D. Marmol is a gardener from Washington. With a few years experience of gardening with wood chips, he humbly shares his trials and errors so that others can benefit by learning from his mistakes. Gardening is a big part of Raul's life! His wife and daughter love eating what he grows and are slowly getting involved as well! 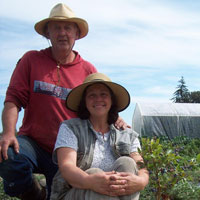 Kelly and Christie Johnston
Johnston Farms
Kelly Johnston received an Associates of Science degree in Horticulture from Bellevue Community College. He grew up with a family that gardened and has passed on gardening knowledge to his family. In 2011, Kelly and Christie moved, with their two children, to the Olympic Peninsula. Together, the Johnston family operates Johnston Farms, an organic farm in Port Angeles, WA. They are always learning new ways to nurture the soil, battle weeds, and save time and energy through mulching and cover cropping. 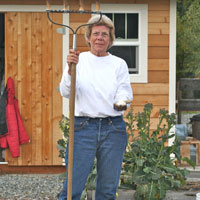 Pamela Larsen
Gardener
Pamela Larsen is the Founder of Sequim Organic Gardeners in Washington state. She is the creator of Rainshadow Planting Guide, which provides guidance for plating in Sequim’s unique growing climate. Additionally, she serves as Co-founder and instructor for Community Organic Gardens of Sequim (COGS) and Co-founder of Sequim Organic Seed-Savers. For four years, Pam has taken new gardeners to tour Paul Gautschi’s home garden and each year people are stunned by Paul’s beautiful results and the minor amount of work required. Pamela began gardening at her dad’s knee and has grown organically ever since; selling her produce locally, donating to the local Food Bank and giving to her friends and neighbors. 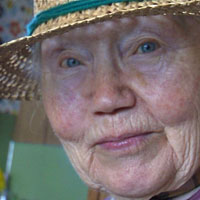 Edith Faak
Back to Eden Gardener
Edith Faak is originally from East Prussia where her family maintained farmlands for over 700 years without irrigation or fertilization. In her words, “Everything that went into the barn in the Winter came out of the barn in the Spring and dressed the soil--the manure, hay, and any organic waste.” After leaving her homeland, she desired to find a way to continue to grow food in a way that would mimic this sustainable, resourceful and recyclable system. She was thankful for the simple, labor-saving gardening methods she learned from her good friend Paul Gautschi. Today, at 87 years old, she is an avid user of wood chips and a dedicated gardener. 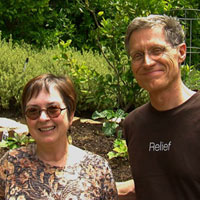 Ronald and Sylvia Richardson
Back to Eden Gardeners
Ronald and Sylvia Richardson visited Paul Gautschi’s gardens in October of 2010 and were inspired to begin a small vegetable garden in their own backyard in Southern California. They discovered that free wood chips, made from recycled green waste, were available near their home. In the Spring of 2011, they installed a “demonstration garden” in their arid and pebble-filled backyard, following the mulching methods they had learned from Paul Gautschi. The goal of their garden is to specifically exemplify the water saving benefits of a “covering” regardless of location, soil condition and climate, for the film Back to Eden. 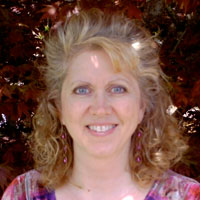 Susan Lee
Nutritional Therapy Practitioner
Susan Lee is a wife and mother of three children, one child would unknowingly change the direction of her life forever. She never expected to be involved in nutrition, however life circumstances dictated a new path. In her case, she was being advised by doctors to daily medicate one of her children. When advised to "check it out,” she did not like what she found and her search for alternative solutions began. She enrolled in college to study nutrition; specifically, how to heal the body with nutrients. She learned about the importance of how food is grown, harvested and prepared to eat. Now twelve years later, this knowledge has brought her full circle, back to the garden. With very little gardening experience and lot of motivation, Susan has implemented Paul Gautschi’s methods. She is excited to go to the grocery store in her own backyard garden! 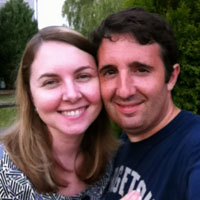 Tony and Jenn Hooper
Musicians
Tony and Jenn Hooper, gifted and radical musicians, have been writing music and singing worship songs together since 2005. Tony has 12 years experience as an electric and acoustic guitarist. Jenn has been playing piano for 15 years and is the lead vocalist. The creative duo visited Paul Gautschi’s gardens in the summer of 2010. After being inspired by tasting the fruits, seeing the wonderful works and hearing Paul’s heart, they wrote the lyrics and music to their new, fresh and anointed song “To Eden” Tony and Jenn are forerunners of their generation, bringing forth freedom through their voices and instruments! 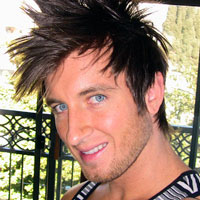 Brent Richardson
Musician
Brent is an energetic and talented drummer with experience performing in a wide variety of musical groups and genres. His featured drum solo song, “Rhythms of Earth,” is a fusion of international and urban rhythms using a combination of percussion instruments. On the verge of a dance performance, the result was an organic and innovative sound that evokes movement. Brent is passionately pursuing a musical profession, composing original songs and working in collaboration with aspiring musicians. 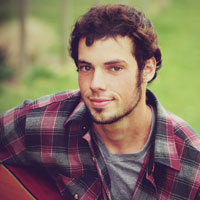 Elijah M. Sussman
Musician
With stylistic qualities, ranging from upbeat and driving to dark and brooding, Elijah Sussman’s music springs to life, enrolling the listener in an endearing, haunting, and ultimately universal fashion. His combination of catchy, stick-to-your-brain lyrics, and rhythmically enticing guitar progressions solidly embed Sussman as a standard in an up-and-coming force of dedicated and passionate singer and song writers.

“Work” was written with a conflict and a resolve. The conflict being the struggle, the resolve being the hope in God's way. There is an excitement to work, be dirty, and end the day tired but agricultural does not have to be the mess that conventional farming makes it. There is a more simple way. In fact there is joy in uncovering the simple design of nature as Paul has shown us in his garden.